US FIGHTER JETS FOR EGYPT

US FIGHTER JETS FOR EGYPT 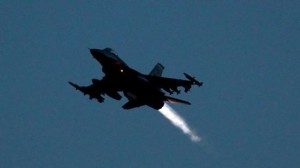 ‘The difference between stupidity and genius is that genius has its limits.” Albert Einstein

Most of us know that you don’t throw gasoline on a fire.

Why that would be as stupid as sending U.S. F-16 jets to Egypt which is in turmoil … after the army ousted the president and the Muslim Brotherhood is fighting back.

Yet, we are continuing to honor a foreign aid package signed in 2010 when Hosni Mubark was Egypt’s president.

Next month, 4 more F-16s will be delivered and 8 more are scheduled for December.
The aid package includes 20 jets and 300 Abrams tanks.

This is not the time to be adding to the arsenal when we have no idea who is going to be in control.

Haven’t we learned from past cases where our weapons have been turned on U.S. forces?

We can block this delivery until we have a better picture of Egypt’s future … or we can show up at the next fire with our gas cans.