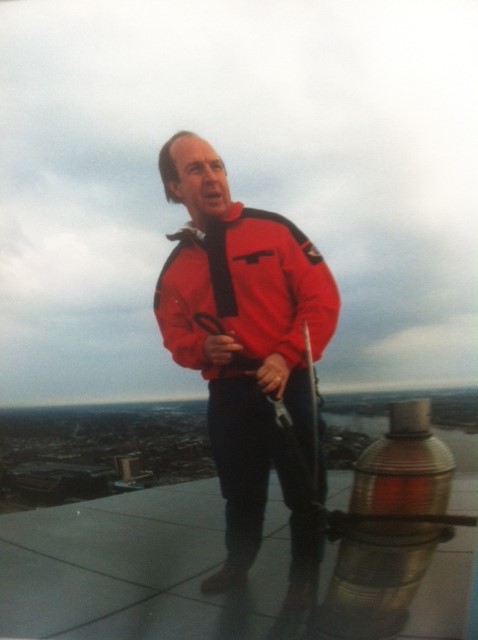 Larry Conners is the Executive Producer & Host of LARRY CONNERS USA … three hours of opinion and conversation on topics ranging from politics to other national & international issues to American stories & trivia to the unexplained and paranormal.

Larry has been in broadcasting for more than 50 years and anchored on St. Louis television from 1975 to 2014.  He has covered every major story in the St. Louis region during those 38 ½ years.

He interviewed Presidents Nixon, Reagan, Bush (41), Bush (43) and Obama.  Larry has witnessed a state execution, reported from the scenes of hurricanes, tornadoes and other natural and man-made disasters, flown with the Blue Angels, taken a Taser to the chest, stood on top the St. Louis Arch, busted the Chicken Ranch (The Best Little Whorehouse in Texas), lived “homeless on the street”, and covered stories from mass murders to political corruption to stories that touch your deepest emotions.

In decades as a News Anchor, Larry was always careful to never show bias and make sure both sides of a story were given equal treatment.

Now, on LARRY CONNERS USA, he is ready to speak his mind on subjects that trouble our nation and families.  Larry says, “The fabric of my journalistic soul still requires that I am fair, but now, I will also freely express my opinions.”

He is a St. Louis broadcast legend and many say he is an “icon” representing the best values of journalism. Fans have compared him to Walter Cronkite, Paul Harvey, and Andy Rooney.

Larry has given back to the community through various charities and foundations ranging from the St. Louis Crisis Nursery to fundraisers for veterans, police officers, firemen, and other first responders.

Larry served in the Marines … is a commercial / multi-engine / instrument-rated pilot … a Harley rider … a gun owner.