Home/News/BARACK OBAMA / 35 YEARS AGO
Previous Next 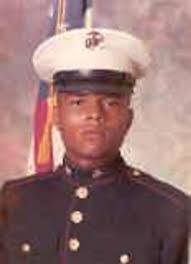 Mr. President … Kelton Rena Turner could have been you – 40 years ago.

Marine Private First Class Turner was with G Company, 2nd Battalion, 9th Marines, 3rd Marine Division.
He is among the last Americans to be killed during the Vietnam War.

In early 1975, when U.S. troops were pulled out of Southeast Asia … Vietnamese communist troops began capturing one city after another, Hue, Da Nang and finally Saigon. In Cambodia, the communist Khmer Rouge had captured the capital city of Phnom Penh.
May 12, the Khmer Rouge seized the U.S. merchant ship MAYAGUEZ and took the 39 seamen on board prisoner.
President Ford ordered U.S forces to rescue the men.

On May 15, PFC Turner was on board a CH53A chopper along with the 2 Air Force pilots, 23 other Marines and 2 Navy Corpsmen.
As they approached the landing zone, the chopper was hit by a rocket, crashed into the sea and exploded. The survivors had to swim farther out into the ocean to avoid enemy fire from the island. 12 on board were rescued; the others were listed as Killed in Action.

Among the KIA: PFC Turner. He died exactly two months from his July 15 birthday.
In 1995, his remains and others were returned to the U.S.
In 2000, PFC Turner was positively identified.
He never got to see his 19th birthday.
He never got to marry and raise a family.
He never got to see a black man elected to the White House.
With PFC Turner … like so many others … of all colors … killed or lost in war, we will never know what he could have contributed to our country.
We do know that he paid the highest price possible for our nation.

So, Mr. President when you talk about Trayvon Martin … keep in mind that if you had been born 5 years earlier and had enlisted in the Marines, PFC Kelton Rena Turner … could have been you.

(** I waited this long to post any remarks on what President Obama said as he again linked himself to the Trayvon Martin / George Zimmerman case. That’s because I wanted those words to have more time to sink into the public consciousness and be debated, countered, accepted or even praised … depending on your viewpoint. Now, you have my perspective on the President’s statement, and I am planning on taking a closer look at some of his other remarks from that same news conference.)