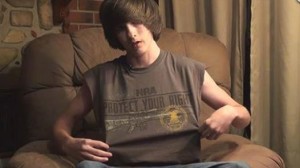 First, let’s begin where the 2nd Amendment and 1st Amendment are clashing.

Louisiana now has a law penalizing anyone, organization or business publishing names of individuals who own a conceal-carry permit or even applied for one. The penalty carries a potential jail sentence of 6 months and $10,000 fines. The identity can be publicized if the permit holder is charged with a felony involving a firearm.

Six months ago, in the wake of the school shootings in Newtown, Connecticut, a paper in that region published a map with the names and addresses of all licensed pistol permit holders in a couple of counties.

Governor Bobby Jindal and bill supporters wanted to make sure that wouldn’t happen in Louisiana.

The editor of The Advocate in Baton Rouge said he doesn’t see his paper ever printing such information and added, “I think it is a bad law — It is probably unconstitutional and follows a non-existent problem in Louisiana.”

Governor Jindal said, “In the face of an administration in Washington that wants to take away the rights of law-abiding gun owners, we are standing up for the Second Amendment and the Constitution of the United States here in Louisiana.”

In advance of that action, Magpul, a gun accessories manufacturer, is giving away 1,500 30-round magazines for free. Customers can also buy up to 3 magazines for $10 each. The mags will be “grandfathered” under the new law.

In the meantime, Magpul is making plans to leave Colorado; the company has more than 200 employees and generates about $85 million in taxable revenue; Wyoming, Alaska and other states are putting out the welcome mat.

Criminal charges are dropped against a 14 year old who wore an NRA shirt to school.

April 18, Jared Marcum wore the shirt to school, refused to remove it, was sent to the principal and police were called.

The officer claimed the boy was argumentative and would not be silent so he was charged with obstruction of justice. He could have been sentenced to a year in jail.

Jared’s father says, charges should have been dropped sooner, but we’re just glad it is now over.

The school dress code gives educators a wide range of discretion about what’s appropriate and what’s not.